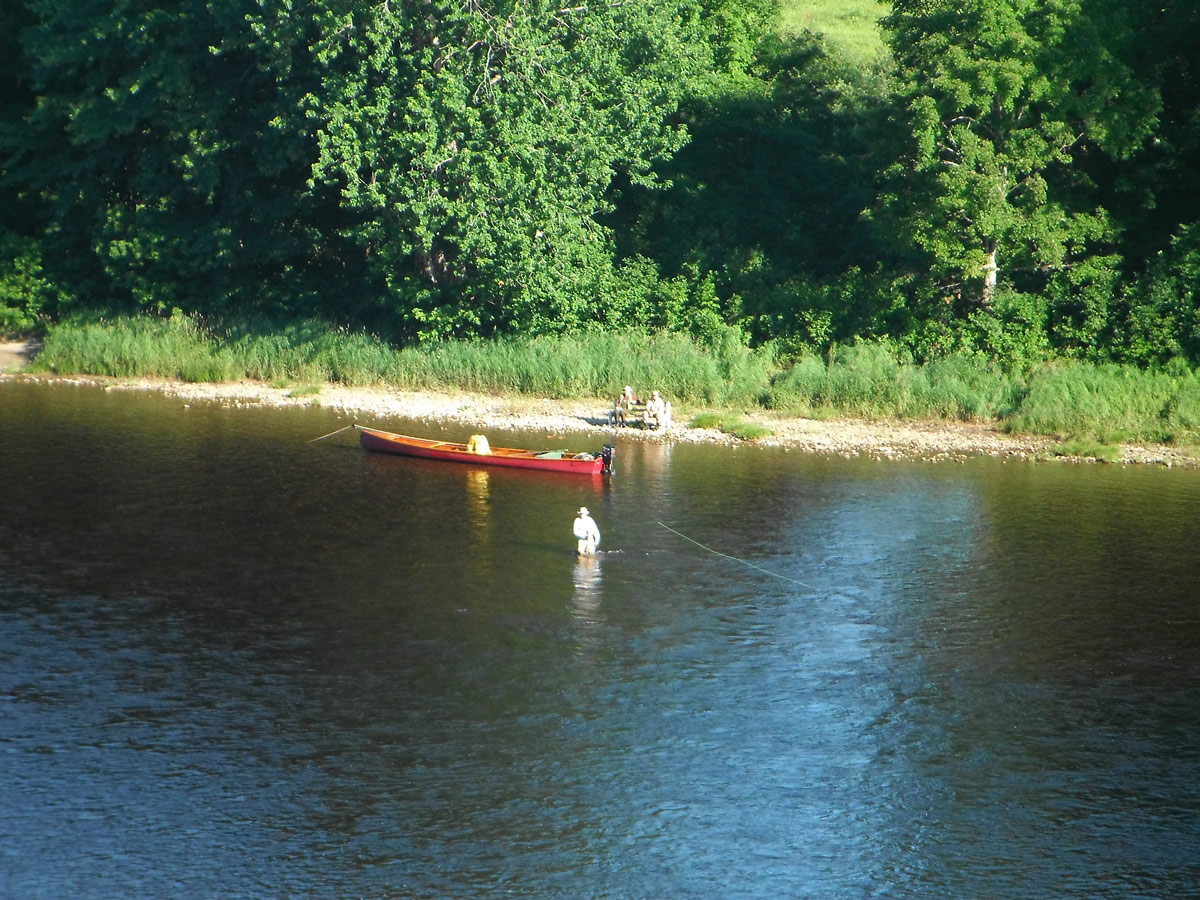 The Count at the Midway Point
 Posted on August 7, 2015 by Brad Burns
If you accept that the Miramichi season begins on June 1 and ends on October 15, and that is fair enough even though the first two weeks of June are sparser than their October counterparts, we are right now at the midway point in the season. Yesterday I checked the July 31 trap number updates for both Millerton and Cassillis – two posts back I explained how this counting system works. The report was all good news.
Main Southwest Miramichi, Millerton trap – 340 salmon and 869 grilse. This compares to 248 and 934 average respectively for salmon and grilse to this point for the 1994 through 2005 seasons. Remember that the trap catches only a small percentage of the run. The numbers relative to past years are what is important.
Northwest Miramichi, Cassillis trap – 253 salmon and 1,080 grilse. Cassillis is on the Northwest Branch and I am not as familiar with it – but it is fantastically above any recent years, and I believe it is well above historical averages. Terrific news!
The second half of the year is unwritten, of course, but with last winter’s cold and extensive sea ice it is likely that we will have a strong fall run – one seems to follow the other according to the sages. Between 1994 and 2005 71% of the salmon run for the season and 49% of the grilse run show in the traps after August 1. You have to love the fall run. We should have a lot to look forward to yet.