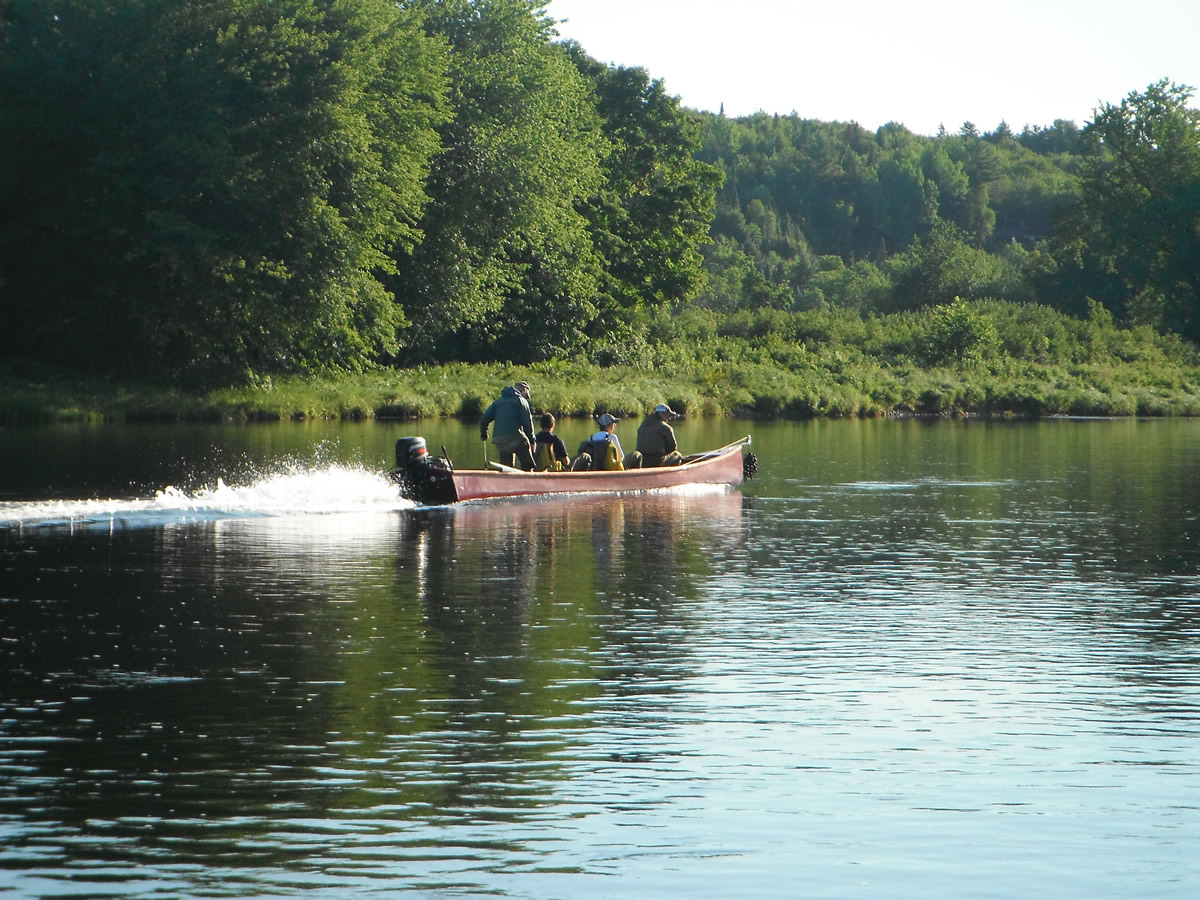 The NB government maintains fish traps in the estuaries of both branches of the Miramichi. Perhaps the best known one is Millerton, a few miles below the famous tidal pool at Quarryville on the Main SW Miramichi branch. The govt counts and fish from the traps and tags them. These fish are later captured further up in the rivers and the percentage of tagged to untagged fish is placed in a formula to calculate the size of the year’s run. It was the results of recent years trap catches that have shown the runs to have declined to the lowest levels recorded.

This year is a long way from over, but the results so far are quite encouraging. The govt reports the trap catch – which is a small percentage of the total run – at the middle and end of each month from June through October. The number of multi sea winter salmon in the Millerton trap through July 15 is 168 compared to about a 113 average for the decade of 1996 through 2006, and fantastically ahead of 138 and 31 for the last two seasons. It is, though, far behind the average of 278 for the 2007 through 2011 period.

Grilse numbers are also improved with 218 compared to last year’s 51. It is important to note, though, that last year’s grilse run was significantly underestimated because the trap was not working for the first two weeks of July. This was the period right after hurricane Arthur. I was fishing the river at that time and I can assure the readers that it was the very best grilse fishing of the season and some of the best I have ever seen. Grilse numbers are only about 50% to 60% of the long term averages at this date, but it was an exceptionally cold winter and as we did last season we may very well see a large fall run again that will change all this.

Over on the NW Miramichi the Cassillis trapnet is showing 94 salmon and 346 grilse which are numbers that rival even the very best of the last 20 years!

Also, from the heart-warming department, the Saint John River grilse numbers so far are about 150% of the previous 3 years combined. Of course the run is a thin shadow of what it once was, but improvement is welcome. Raise your hand if you dream about the failing monstrosity that is Mactaquac permanently removed and the Saint John again the wild, powerful river that it once was.

I’m headed back up tomorrow for a week, and I’m in great hopes that the run will resume with the forecast rains. The Miramichi run was essentially knocked out a week and a half ago when water temperatures soared to above 25C. The govt eventually – too late in my opinion – closed the cold water pools along the river. They are open again as of today. You can read about the cold water closures on the MSA website. Some rain is forecast along with somewhat below normal temps, and I’m hoping the run will resume and I can add a few to the book. This is prime time for dry fly fishing, and with the relatively low water levels it could be great.

PS – please forward the link to my website and blog to your salmon fishing friends. People can now register on the home page of my website and I will add them to notices of new posts to the blog.