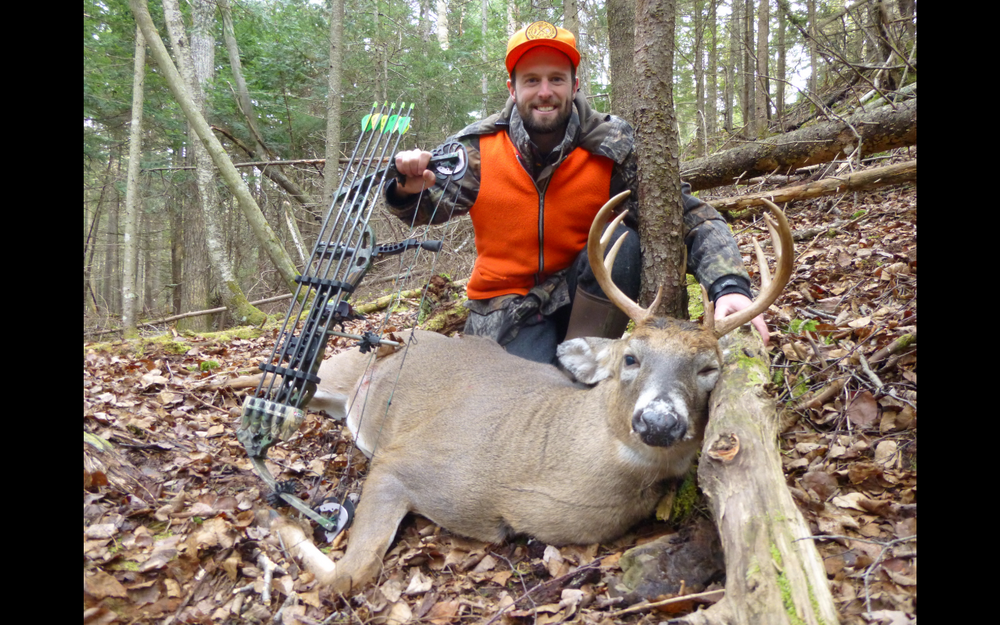 Good Day Keith,
Part 1 to the story: Ever since I shot that big one a couple years ago I’ve been after another big guy and have put countless hours and lots of sweat into figuring him out. I have tons of pictures of him and actually got a crack at him last year at 20 yards. Tragically, I hit his shoulder with my arrow, about an inch from being a perfect clean kill. He survived and I have trailcam pictures of the wound after it healed last December. I had him pretty much figured out this year ….until someone shot him. But that’s the way it goes sometimes. The guy called me and I went over to congratulate him and pay my respects to the finest of deer, the deer that’s eluded me for the past 2 years. He was a true NB monarch.

Part 2: After last weekend’s low, I matched it with a high this weekend. A lot of bucks fell on Saturday and I managed to add to the tally. I connected with a 10 pointer at 15 yards with my bow at 8:10 am. A few does came in but were nervous, then I saw the white of the antlers coming. I had to come to full draw twice as he was humming and hawing about what to do with the does. Him and a spiker rubbed heads a couple times and then he almost came to an opening where I could shoot, but turned away, I let my bow down, then he turned and came back in. He came out at 15 yds broadside and I put one behind the shoulder. I watched as he ran, stopped at 35 yds and dropped, gave a little shake and then was dead, not 20 sec after I shot him. That’s the first time I’ve seen a deer wobble over from an arrow. Good clean kill. Now I’ve got the week off to hunt partridge 🙂
Good luck with the rest of the week, the bucks are dumb now.